It is rumored that Chanel Iman, busy catwalking this week, will appear on an upcoming episode of Gossip Girl but there is no word on whether it will be an ongoing role, or just a breeze-through.

Also, we’re still waiting for confirmation of her post as the new host of MTV’s revised House of Style, a position that Leo DiCaprio’s lady, Bar Rafaeli, is supposedly up for as well.

Something odd happens with celebrities when they get too famous. It’s like they lose whatever was holding them together as regular people. Kanye West has always showed symptoms of perplexity ever since College Dropout but lately, well, were starting to lose your boy completely. His ego is becoming uncontainable. I don’t know weather to blame it on the 808s, the heartbreak or both. He’s become addicted to Auto-Tune and we can’t get him off and now, the Chi-town rap star may have just found his female equivalent with model Amber Rose, his rumored new love interest, who looks to be just as eccentric as he’s become. Hopefully she’s not the reason for his new flamboyant fashion direction.

In an interview with Details magazine, ‘Yeezy boosts his own ego, yet again, to new unscalable heights, tries to make “gay” the new buzz word and lets us know that maybe we need to add him to the nuclear watchdog list with North Korea and Iran.

GIANT Magazine’s, Pharoh Martin says, After reading these quotes, I have to admit, if I were doing this interview I’d probably be tempted to just turn the recorder off and walk away baffled.

Here’s what he said:

“Put this in the magazine: There’s nothing more to be said about music. I’m the f–king end-all, be-all of music.”

“Oh my God, I’m one of the greatest rappers in the world. I’ll get on a track and completely ee-nihilate that track, I’ll eat it and rip it in half. I wouldn’t have to think of it.”

“People ask me a lot about my drive. I think it comes from, like, having a sexual addiction at a really young age.”

“OMG! Kanye is really buggin’ out! What is your opinion on what he had to say? Let us know your thoughts?”

Fonzworth Bentley is best known as the umbrella holder and personal assistant to Sean “Diddy” Combs. He is an aspiring rap artist, entertainer, and fashion designer. He now hosts the MTV reality show From G’s to Gents. 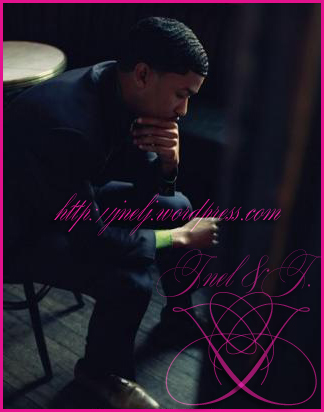 Check out Tyler Perry’s – Madea Goes to Jail. Out today at a theater near you. Check out below the full trailer In HD.

According to We Party Fresh, Nelly is turning his attention away from music and putting all his chips on a Las Vegas variety TV show.

“Nelly’s Night in Vegas” is being pitched to networks as a weekly series that would feature Nelly and celebrity guests. He is working with NBC’s “The Biggest Loser” producer 25/7 Prods. on the effort.

Producers have already worked out a deal with Planet Hollywood to shoot the weekly talk show-variety hybrid at the hotel and casino, according to Variety.

Nelly would have his own sidekick and house band, as well as guests and performances. And what would a Vegas show be if it didn’t include an in-studio gaming element?

“I was thinking about what was missing on TV, and when this idea came about, it made sense for me,” said the rapper. “We do have talk shows, but no one’s speaking from the pop culture perspective. Let’s get a little more pop, a little more edge, a little bit younger, and not look like you’re sitting in the principal’s office. As a performer, that’s the type of show you look forward to going on.”

With a new album in stores, Ryan Leslie is making the rounds and found his way to DJ Vlad’s site. Ryan Leslie admits that he still loves Cassie and talks about how he feels about her relationship with Diddy. Check out the video here.

According to Business Week, Hip-hop entrepreneur Russell Simmons‘ American Classics line of men’s clothing is set to roll out. But with consumers spending less, Wal-Mart keeps mum. As most apparel retailers announce job cuts and store closures because of sluggish sales, it is a precarious time for any of them to launch a new brand. But on Feb. 15 Wal-Mart Stores (WMT) will roll out a new line of men’s clothing designed by hip-hop entrepreneur Russell Simmons in 350 stores, about 10% of its U.S. outlets, and on its Web site. The launch will come less than a week after the world’s largest retailer announced that it will move buyers in the apparel division from its Bentonville (Ark.) headquarters to New York to increase the focus on fashion.

For a company whose financial performance has trounced rivals such as Target (TGT) in recent months by focusing on lower-price essentials rather than more expensive discretionary items, the move seems surprising, especially as Wal-Mart flopped famously in its previous efforts to sell more fashionable, pricier clothing. One such effort was a women’s line designed by Mark Eisen, which alienated the store’s core customers. “Fashion is tricky,” says retail consultant David Lockwood of Mintel Research. “This is not macaroni and cheese or over-the-counter vitamins, which they know really well.” But as Wal-Mart slows its store expansion, it needs to sell higher-profit items to continue generating growth—and apparel is one segment that can still draw new customers.
Priced to Sell…

This time around Wal-Mart is keeping a tighter rein on the price and the trendiness of new clothing items. Simmons’ American Classics line will be priced between $9.99 and $29, with about 80% of the clothes at $15 or less. Simmons, who launched the Phat Farm clothing label in 1992 and another brand in 2008 called Argyle Culture, sold in Macy’s (M), says his new focus is the “urban graduate,” whom he describes as 25-to-50-year-old men such as Will Smith, Adam Sandler, and Barack Obama, who grew up with hip-hop clothes but as professionals can no longer don baggy pants and shirts sporting oversize logos. American Classics’ first season has a heavy focus on purple, navy, and white and includes jeans, sweater vests, casual sports shoes, and woven and knit shirts.
♦ Read Full Story 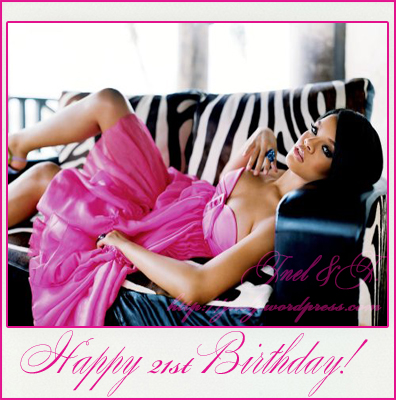 We would like to wish Rihanna a Happy 21st Birthday!
Kiss Kiss,
JNEL & J.

Police Investigating Rihanna Photo Leak…
According to E!, the Los Angeles police have opened an internal investigation into who illicitly leaked a closeup photograph of Rihanna‘s brutalized face purportedly taken after her Feb. 8 altercation with Chris Brown.

“The Los Angeles Police Department takes seriously its duty to maintain the confidentiality of victims of domestic violence,” the LAPD said in a statement Thursday. The department has yet to publicly identify Rihanna as the alleged victim in Brown’s case.

“A violation of this type is considered serious misconduct, with penalties up to and including termination.”

The LAPD says that it immediately launched an investigation after its media relations department was inundated with press inquiries about the picture, which first surfaced on TMZ.com and which appeared to the cops to be a photo taken “during an official domestic violence investigation.”

The police encourage anyone with information about how the photo got out in the first place to contact the department.

The photograph making the rounds is a closeup of a young woman’s face. Her eyes are closed and she looks to have sustained various cuts and bruises to her forehead, lips and cheeks.

A law-enforcement source close to the Brown investigation tells E! News that the leaked photo was one taken by a detective when officers first arrived at the Hancock Park scene of the alleged attack.

“There was another set taken at the hospital where the swelling is even worse,” the source said.

Per the source, the fight began when Rihanna intercepted an incoming text message to Brown‘s cell phone from another woman. She later told police that this wasn’t the first time Brown had been physically abusive.

But this time, the source said, “she may have thrown the first punch.”

The insider also tells us that, within 48 hours of Brown’s arrest, “a tabloid”“over a hundred grand” offered for a police photo of Rihanna.

“Internal Affairs is up in their butts over the leaks,” the source said, adding that, even earlier today, LAPD staffers were being warned about leaking info. “They’re threatening to administer polygraphs.”

The D.A.’s office, which is trying to pin a felony charge on Brown, is still mulling over the best avenue to take if it opts to prosecute.

The consensus among police is that the D.A. will only file charges for crimes for which they have “solid” evidence.

“Wow this photo is serious! I’m at a lost for words.”
Kiss Kiss,
jnelj4u