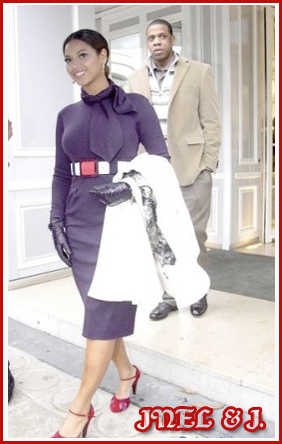 According to mediatakeout.com, seems like Beyonce’ and hubby Jay-Z sleep in separate beds.

During Oscar week in L.A. not only did they stay in separate hotel rooms, but they slept in completely separate hotels! “Everyone was shocked, because they’re married,” an insider tells Star. “Sure, not all husbands and wives sleep in the same beds, but most at least stay in the same hotel!”

It was also reported by mediatakeout in December, that while promoting her new CD, Beyonce’ stayed in a Manhattan hotel room, while hubby Jay was at home – less than a mile away.

Plus: Beyonce’ speaks out about her marriage life to Jay-Z

Beyonce recently sat down with Essence magazine and revealed intimate details about her life with her husband:

When asked to describe herself as a wife: “I don’t know how to talk about it because I don’t like to talk about it. But I have a great example of a great wife, and that’s my mother. And I have great friends
around me that have been married, so I’m lucky to have really good examples. And a great husband.”

She says they are just like any other couple. She is learning to cook and he’s getting over his single-guy habits.

One thing she does to get on his nerve:  “I’m a little messy. Oh, yeah. Whenever I’m out in public, I have to be put together. When I get home, I rebel against it and I don’t want to take care of anything. I drop it. I’m relaxed. I don’t have any shoes on. No makeup. My purse is in the kitchen. I think that is most difficult thing for him. He’s very, very organized. I’m extremely organized when I’m working, and I work so much that
when I get home I don’t want to think about anything.”

As what Jay-Z does that get on her nerves: She laughs, “I won’t say.”

“Do you believe these two are sleeping in separate beds? Tell us what you think.”