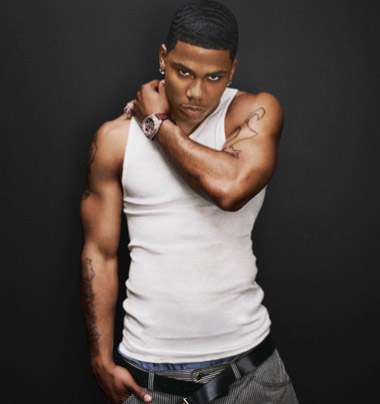 “He Was Not My Bodyguard, He Was My Cousin & My Friend!”

Grammy-winning rapper Nelly‘s cousin, Michael Johnson, was murdered this week in Missouri after being fatally shot. Based on reports, the murder took place on Wednesday (April 28).
A murder investigation is hitting close to home for St. Louis rap star, Nelly. Multiple sources close to Nelly tell News 11 the victim was one of Nelly’s bodyguards. The victim is 36 year old Michael Johnson sources describe him as Nelly’s left hand man, or someone who was by the rapper’s side providing security. St. Louis county police responded to a home on Nola, near north Hanley Wednesday night just before midnight. Johnson was shot several times. (KDVR News).

Further details suggest Johnson‘s death occurred at his home. A man who St. Louis hip-hop star Nelly referred to as his cousin (or, rather his “cuzzen”) was killed Wednesday night outside a home in the 8000 block of Nola, near the intersection of N. Hanley and St. Charles Rock Road. Michael Johnson, 36, was shot multiple times while leaving or entering the home in unincorporated St. Louis County. Police have no suspects or motives for the crime. (River Front Times).

Nelly has since confirmed the reports and aired out a local news station for its false reporting.

“Contrary to some reports micheal johnson wasnt my bodyguard!he was my cuzzen and my friend!!I will always luv n miss u MJ!!!!!,” he wrote late Thursday night. “Channel 2 stl don’t Ever have 2worry about another interview from me or a stlunatic ever again!! There not invited 2any of my functions!! Why would you channel 2 mix me giving away scholarships 2students with the murder of my cuzzen after I told u I didn’t want 2talk about it Ino its your right chnnel 2 but Y is it when a brother goes to do good they wanna make the bad the headline?thanx for the home town support After watching channel 2’s broadcast its clear to me about motives!my cuzzen deserved his own segment as well as the 2 deserving students!! I’m NEVER WATCHING CHANNEL 2 news in stl ever again!!! STLOUIS SPREAD THE WORD!!!” (Nelly’s Twitter)

“Sweetheart, all you have to tell me is what hotel did we f*ck in,” Nelly said during a radio interview. “You have to tell me one that we’ve been f*cking around at for two months. Tell me one of them, please…I’ve been exposed? You lie. You can’t tell me one hotel. You can’t tell me one hotel in two months that you’ve seen me at ever in your life…And find that hotel we f*cked at because you said it was several of them. Why is it you can go into details about everybody else but me? Why we ain’t got no details? What happened? Get the f*ck out of here. I can’t even understand her. Let me go get my son. It’s to your best interest to quit with the lies. She knows she’s lying. I know one motherf*ck that didn’t touch her. I know one for sure.” (Shade 45)

No further details have been revealed as of now.

~~May his cousin Rest in Peace. My thoughts go out to his family & friends.