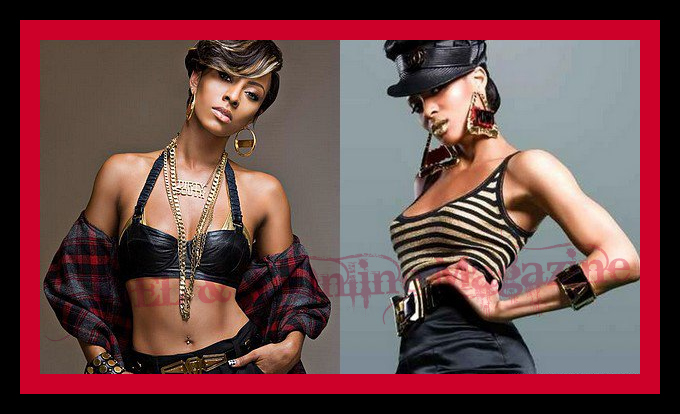 While the blogosphere and fans have fueled the feud between R&B singers Keri Hilson and Ciara, could a collaboration be in the works that would end the drama once and for all?

Miss Keri appeared on Angie Martinez’s Hot 97 radio show on Monday to once again address the rumored beef between her and her fellow ATlien. When asked whether any of the gossip was true, the Decatur songstress responded;

“Not really, it’s nothing real—not in the real world. I know that they take anything and kind of drag it on. They made up that I was in New York when supposedly we had a fight or scuffle backstage. I wasn’t even in the city, I was in L.A.”

Despite growing up in the same region, Keri doesn’t see why people feel the need to pit them against each other. “I do honestly feel that there’s room for everybody,” she said. “We do two different things, we come from two different places musically.”

When Angie suggested a duet to silence the chatter, Keri replied, “That’s a thought,” hinting that one has been discussed.

“I’ll be honest, I can’t say that we haven’t had some talks about it, little whispers about doing a song together, it just hasn’t happened. I’ve heard things from people…”

She then turned the focus back to her sophomore album ‘No Boys Allowed’ and her new single “Pretty Girl Rock,” which she debuted on the air.

Would you like to see a Keri Hilson and Ciara collaboration?

“This will definitely be DOPE!!!”

Lil Wayne is facing the music after being accused of breaking jail rules by having gear for listening to tunes and was relocated Monday into what city jail officials call “punitive segregation” for a month, until his expected November 4th release date at Rikers Island. This punishment—which is the equivalent of ‘solitary confinement’ and requires him to be in his cell 23 hours a day. So he can expect to go solo for the rest of his time behind bars in a gun case.

“It’s his punishment for stashing a charger and headphones for a digital music player in his cell back in May.”

Wayne generally will now be confined to his new cell 23 hours a day, with such exceptions as visits and showers, instead of being allowed to mingle with other inmates most of the day. He’ll eat in his cell and won’t get to socialize even during his hour a day of recreation, Morello said.

Wayne also will have to forego TV, and he’ll be limited to one phone call a week instead of a chat a day or more, except for calls to his lawyer, Morello said. The lawyer, Stacey Richman, had no immediate comment.

The 28-year-old rapper, one of the genre’s biggest stars, has been held since March in the Rikers Island jail complex. He pleaded guilty in October 2009 to attempted criminal possession of a weapon, admitting he had a loaded semiautomatic gun on his bus in 2007. He got a one-year sentence but is expected to serve eight months because of time off for good behavior, despite the music-player gear episode.

Officials said, “the headphones and charger were found in May, tucked in a potato chip bag in a garbage can in the rapper’s cell”.

The items are considered contraband, as inmates can listen to music only on radios and headphones sold at the jail commissary. Officers said “the music player itself turned up in another inmate’s nearby cell”.

Both men were charged with infractions that weren’t crimes and were subject to a jail disciplinary process, not a court. Information on the other inmate’s punishment wasn’t immediately available Monday.

Lil Wayne’s penalty was within norms for his infraction, Morello said.

“Possession of contraband is serious,” he said, “though not as grave as violent offenses or being caught with a weapon, for example”.

Born Dwayne Carter, Lil Wayne had the best-selling album of 2008 with “Tha Carter III,” which won a Grammy for best rap album.

As he faced incarceration, he told Rolling Stone he planned to keep up the beat behind bars.

“I’ll have an iPod, and I’ll make sure they keep sending me beats,” he told the magazine for a February story.

“Ok now I know he’s locked up for gun charges, but to get solitary confinement for the rest of his jail time over an iPod situation that happened back in May, is ridiculous! I’m sure he’s glad he’ll be out of there soon. Trust he will welcome us all with some great tunes. Nov. 4th is rapidly approaching…let me not jinx it. Good Luck Wayne!!”

Nicki Minaj doesn’t even have an album out yet, but she was one of the biggest winners at the 2010 BET Hip-Hop Awards, which were taped on Saturday, October 2 in Atlanta for an upcoming broadcast. The Young Money rapper took home Rookie of the Year, People’s Champ, and Made You Look (style) awards, MTV News reports.

Fitted to kill in a black dominatrix-like outfit, NYC-ish blond bob hairdo, pink nails and lipstick, Minaj grabbed her awards and “ran.” Minaj made sure to thank her “Barbies” as she accepted the award for “Favorite By Fans.”

“I’m paving the way for girls,” she continued. “I wanna thank all the girls of hip-hop.”

Jay-Z, who was not in attendance at the awards, was also able to bag three awards. Tied Minaj’s award total, taking home trophies in the categories of Perfect Combo (Alicia Keys duet “Empire State of Mind”), CD of the Year, and Best Live Performer. Other awards went to Rick Ross (Club Banger of the Year and Track of the Year for producer Lex Luger, both for “B.M.F. (Blowin’ Money Fast)”), Salt-N-Pepa (I Am Hip-Hop), Diddy (Hustler), Swizz Beatz (Producer of the Year), and DJ Khaled (Best DJ).

Now let me remind you, the 2010 BET Hip-Hop Awards kicked off on quite the high note as Rick Ross, DJ Khaled, and Diddy opened with “B.M.F.,” one of the year’s biggest hits. To the surprise of those in the audience Ross‘ set then segued into an unexpected performance from MC Hammer, who danced frantically with a group of dancers as he performed ‘2 Legit 2 Quit.’

The 2010 BET Hip-Hop Awards welcomed a number of newcomer’s including Alabama’s own Yelawolf who performed alongside Big Boi for their hit song “You Ain’t No DJ.”

“I feel overwhelmed, you know, coming out with Big Boi from OutKast and doing our record. I never thought it would lead to here, but I’m taking it in. I’m happy and I’m honored to be a part of it,” Yelawolf explained to The BoomBox.

The Hip-Hop Awards cypher’s proved yet again to be one of the highlights of the show with a number of artists taking part in this Hip-Hop Awards staple. Kanye West gave folks a taste of G.O.O.D. Music with a cypher that featured verses from himself, Common, Big Sean, Pusha T, and Cyhi Da Prynce.Ice Cube and Rev. Run kept it all in the family with a cypher that consisted of performances from Diggy Simmons, JoJo Simmons, OMG, and Doughboy.

More images from the performances below and after the cut.

This year’s 2010 BET Hip-Hop Awards, hosted by Mike Epps, will air Oct. 12 at 8 P.M. on BET. Will you be tuning in? Which award categories are you most looking forward to seeing televised?

Drake returns with “I Get Lonely Too” the first official offering from his R&B mixtape, ‘It’s Never Enough’ coming soon.

R&B veteran Donell Jones’ newly-formed label ‘CandyMan’, was thrilled to announce the September 28th, 2010 release of his new studio album titled ‘LYRICS.’ The album was the long-awaited follow-up to ‘Journey Of A Gemini’ which included the hits, “I’m Gonna Be” and “Spend The Night.”

As those who tuned in for the R&B vet’s first feature, the soulfully apologetic Bad Boy, already know, Donell Jones isn’t just a skilled crooner; he’s also one hell of a smooth-talker. On his latest single, the Georgia native once again makes full use of his powers of persuasion, telling a hesitant female:

“I know you’ve been hurt before, but you’ve never had a Love Like This.”

Over his own lush instrumental, featuring steamy keyboard riffs, slow-jam percussion and even a dash of harp, Jones showcases more of the soft vocals that charmed readers back in December of 2009. Though the singer takes a seemingly counterproductive detour into confessional territory around verse two:

May be honest, but it isn’t exactly confidence-inspiring, the finished product is plenty seductive enough to make up for a little over-sharing.

The new album will be Jones’ fifth offering to date. The new album is also set to include the first single, “Love Like This” which is already climbing the charts at Urban AC where it’s currently at #12 with a bullet, rapidly approaching Top 10. 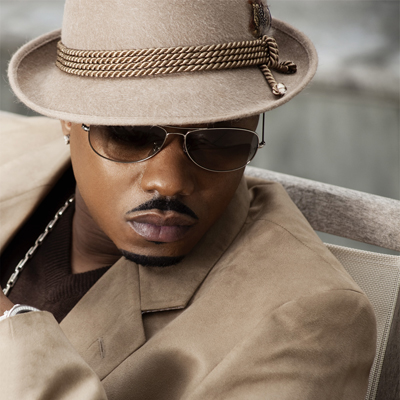 Check out the video below for his single, “Love Like This”….

What do you think?