Kanye West has officially canceled his scheduled performance on NBC’s “The Today Show” shortly after his interview with Matt Lauer.

He tweeted the following…

“I’m not performing on the Today Show for obvious reasons.” “I’m so happy the world got to see just a small piece of ‘the set up.’…I blatantly said I’m not performing on a tweet and to everyone around me and the next day they still announced a performance….Do you guys see what I’m saying now?”

It wasn’t a surprise that West backed out of the performance after airing his concerns with Lauer’s interviewing techniques.

“I don’t hate Matt Lauer,” he added on Twitter today. “We don’t promote hate. That’s the whole point!!! I promote love and truth!…All positive energy … all smiles. Much love to Matt and the whole Today Show. I accept ya’ll future apology in advance LOL!”

Kanye West is fighting mad, but this time it’s over “how they did [him] at the Today Show,” he chose his Twitter account to fight back.West sat down for an interview with Matt Lauer to, as he tweeted last night,“express how I was empathetic to Bush because I labeled him a racist and years later I got labeled as a racist.” But things didn’t quite go as West would have liked.

Kanye was referring to the flak he received after the talked-about-to-death 2009 MTV VMAs Taylor Swift interruption—something, according to West, the Today Show decided to dredge up visually while he was speaking. (His full interview has yet to air on the morning program.)

“While I was trying to give the interview they started playing the ‘MTV’ under me with audio!!!!!!!” Kanye tweeted. He then added, “I don’t mess with Matt Lauer or the Today Show … and that’s a very nice way for me to put it!”

West’s rants spanned through a further series of tweets, which found him alluding to the fact that Matt Lauer attempted to stage the G.O.O.D. Friday MC’s reactions to the questions. “He played clips of Bush and asked me to look at his face while I was trying to talk to him,” he wrote.

“HE TRIED TO FORCE MY ANSWERS. IT WAS VERY BRUTAL AND I CAME THERE WITH ONLY POSITIVE INTENT… I feel very alone very used very tortured very forced very misunderstood very hollow very very misused… I don’t trust anyone but myself! Everyone has an agenda. I don’t do press anymore. I can’t be everything to everybody anymore… I can’t be everybody’s hero and villain savior and sinner Christian and anti Christ!… I can’t take anymore advice!!! I create, I’m creative, I have a good heart, everyone will see and understand one day.”

Here’s a small portion of Kanye’s Today Show sitdown, which was aired when Lauer spoke to George Bush.

We’ll have to wait and see how it all plays out when Yeezy’s full Today Show interview runs. And when it does, if things went down as West says, one thing’s for sure—it might be someone else other than Kanye, for a change, who’s under scrutiny.

“Yo I really wonder if Matt Lauer thought that shit was cool to play the ‘MTV’ clip while I was speaking about Bush?” West tweeted toward the end of his rant. “This is rock and roll life my people… you can’t stop the truth you can’t stop the music and I have to be strong or ‘they’ win!!!!”

“I saw a bit of the interview. He was really upset when they played back the video of him snatching Taylor Swift’s award in the middle of him trying to answer the question Matt Lauer asked about the whole incident.”

Keri Hilson gives us a history lesson in her new video for “Pretty Girl Rock”, off her upcoming album ‘No Boys Allowed’. Miss Keri Baby kicks off the vid taking a cue from Josephine Baker in 20s regalia, and soon Hilson goes flows throughout the decades, fashioning herself as Diana Ross, Janet Jackson decked out in her utilitarian wear in “Rhythm Nation” and TLC’s T-Boz in the group’s silk pajamas-sporting “Creep” vid.

Check out the video after the jump…. 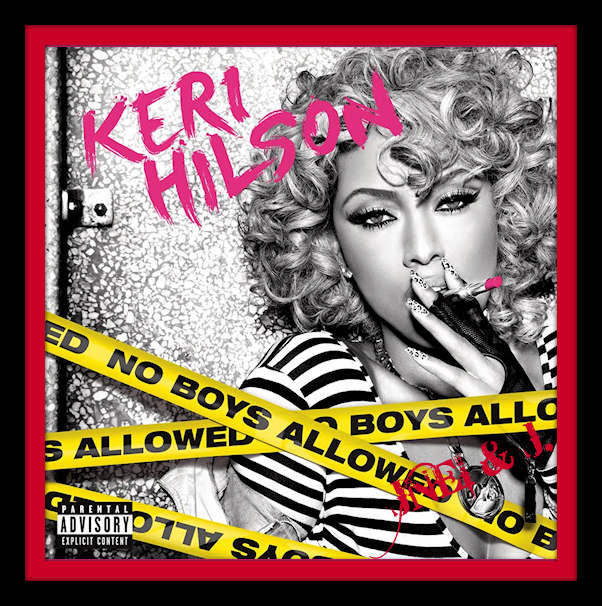 “The video is cute, but not my favorite. I think it should’ve looked much more tough, she looks to dainty in this video. What are your thoughts on this video?”