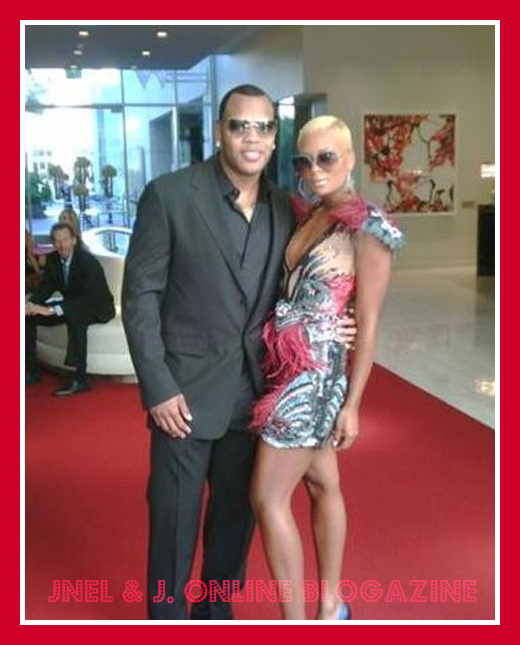 Rumor has it that the new celebrity couples are Flo Rida and Eva Marcille. They were recently spotted together at the MTV VMA’s, and were previously spotted in Miami. Eva just recently broke off her engagement with long-time fiance’ actor Lance Gross. Flo Rida was also known for recently dating singer Brandy.

Check out some more photos below from their previous relationships…. 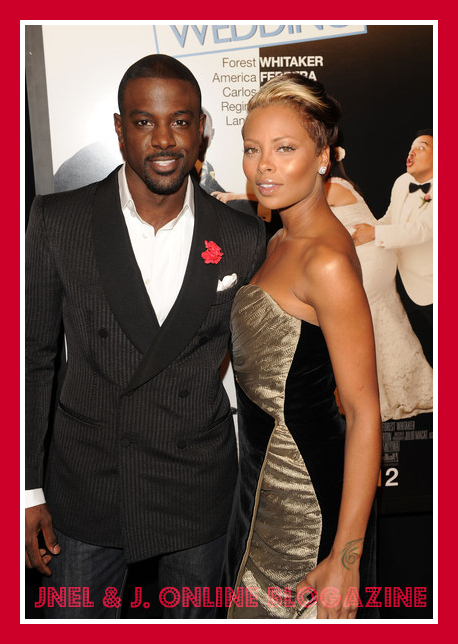 I don’t know if this is actually official, being that the picture looks like an innocent friendship. We will definitely keep you posted. Your thoughts?

Zac Efron and Vanessa Hudgens cozy up together as they arrive at the premiere of Charlie St. Cloud together on Tuesday (July 20) at the Regency Village Theatre in Westwood, Calif.

Vanessa, 21, came out to support her boyfriend on the red carpet of his new flick, which opens in theaters everywhere on Friday, July 30!

Charlie St. Cloud, also starring Kim Basinger, Charlie Tahan and Amanda Crew, follows the title character’s battle between keeping a promise he made to his brother, who died in a car accident, or going after the girl he loves.

Check out more photos of the cutest couple in Hollywood below…

“They make my top list for one of the cutest celebrity couple. I think they will last a very long time. The way they look at each other shows a sincere love in their eyes. They remind me of Angelina Jolie & Brad Pitt, minus all the kids.”

Beyonce’ was spotted baring her tummy and rocking shredded long cutoffs and heels while having a night out with Jay-Z on Thursday night. The cute couple left Club Avenue in NYC in the wee hours of the morning. And they hopped in their personal Jeep 4×4 after attending the 1 year Anniversary party of the club.

Reunited after a few months apart due to Rihanna touring in Europe, the couple, who started dating last December, indulged in some cute PDA while they waited for Kemp‘s new toy.

The last thing Rihanna needs is to end up with another abusive man and reports of a restraining order against her new beau Matt Kemp by an ex-girlfriend, had people worried she was heading into the wrong direction.

According to Pop On The Pop we don’t need to worry about her new relationship, Matt’s agent Dave Stewart says he was never abusive to Felisha Terrell.

“Matt dated Felisha about two years ago and decided to end their relationship. She chose to file a complaint and shortly thereafter, on her own accord, decided to drop it based on the fact that the statements made within were false. She has very recently said that she has no issue whatsoever with Matt and that she and Matt consider this to be a non-issue.”

A representative for Felisha also cleared the air by saying during the relationship “there was a restraining order filed by Felisha but it had nothing to do with domestic violence and to be clear Matt was NEVER physically abusive to Felisha, nor did she fear for her life. The restraining order was subsequently vacated.”

“I’m a huge fan of Rihanna, but I’m not going to lie when I heard about her new man “Matt Kemp” possibly being abusive, I was a bit worried for her. She really doesn’t need another one of these episodes in her life. She’s young and deserves to be happy. She’s back and ready to blow us all away with her beautiful music. Keep up the good work and I wish her the best in everything she does.”

Rihanna May Be Dating Another Violent Abuser…

Rihanna has been dating LA Dodgers player Matt Kemp for around one month. The couple have been playing grab-ass on rented yatchs, and playing coy with the media. According to new reports, Kemp may have just as nasty a temper as Chris Brown.

From Yahoo News (via Celeb Slam): Rihanna, 21, is currently dating LA Dodgers star Matt Kemp, and an ex-girlfriend of his, actress Felisha Terrell, 30, has revealed his violent past and claims that she took a restraining order out against him in June 2008.

“He is violent and I am afraid. He repeatedly made me scared and gets in my face. He is threatening to take all the items I purchased and try to destroy my property,” the Mirror quoted her as saying. “He brings his friends driving up and down the street to try and intimidate me. I am very fearful. He has other people calling me and stalking me.”

“What are your thoughts on what is being said about Matt Kemp? I think it’s a BS, but you never know. I’ll keep you posted.”

Less than a year ago, Rihanna‘s life was turned upside down after she was assaulted by former boyfriend Chris Brown. Now the singer seems to be putting the traumatic past behind her.

On Saturday, she was spotted at the LA Clippers vs Cleveland-Cavaliers game at the Staples Center in Los Angeles with her new pal, Dodgers star Matt Kemp, wearing her hair styled in angelic golden ringlets. The pop star, who will celebrate her 22nd birthday next month, appears to have kept her famous graduated bob hairstyle, adding playful curls for her day at the game.

In addition to the new style, photographers captured the singer with a perpetual and very sincere-looking grin on her face. Last week, Rihanna opened up to W magazine about coming out of the fog of last winter: “At first I completely shut down. But now I feel like this happened to me so I could be a voice for young girls who are going through what I went through and dont know how to talk about it.”

She also revealed a desire to focus on her budding acting career, briefly cut short by all the media attention surrounding her private life last year. As everyone who watched her fall appearance on “SNL” can attest, Rihanna has comedic acting skills that rival her talent as a singer.

Take a closer look at the new style below….

Check out some more photos of  Rihanna & Matt Kemp at the game.

“What do you think of her new relationship with Matt Kemp? I think they look cute together.  I’m really happy for her. I hope it works out. Good luck to the both of them.”

Alicia Keys and Swizz Beats were spotted having dinner at VIP club in St. Tropez, France on August 26, 2009.

Below is another photo of them posing as a couple with Ricky Martin at Jennifer Lopez’s birthday party.

“I think it’s about time she has a public relationship, she’s always so private. It’s nice to see something so out in the open. Your thoughts on this couple?”

Rihanna and Chris Brown have fuelled reunion rumours after dining across the street from each other…. 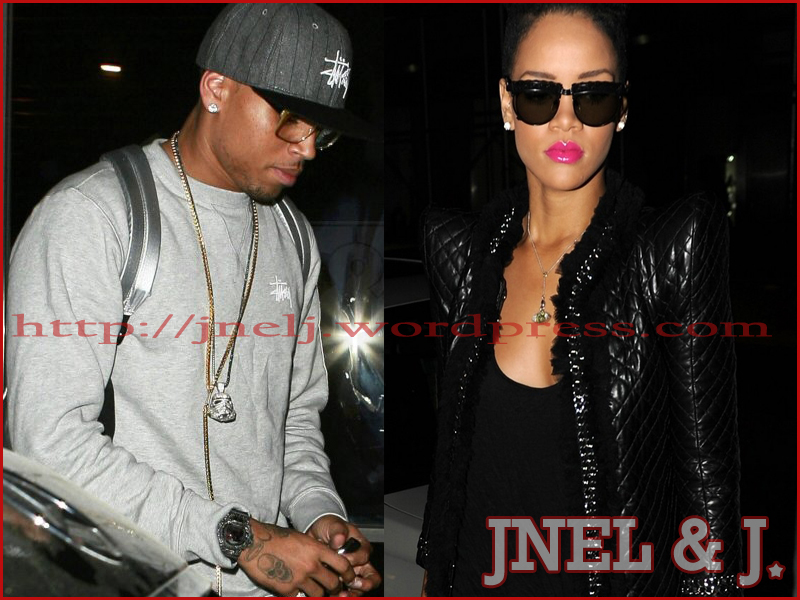 The couple – who were banned from meeting by a court order after Chris pleaded guilty to assaulting her last month – ate on opposite sides of New York’s famous Broadway, in the city’s theatre district, on Tuesday (28.07.09).

Gossip website Radar reports: “Rihanna was seen at the Cipriani Downtown Restaurant while Chris looked glum while waiting in his car after dinner, across the street at Via Dei Mille Restaurant.”

Chris reached a plea bargain for attacking the Barbados-born beauty before his case went to trial.

Under the terms of the agreement, Chris is the subject of a restraining order which sees him banned from coming within 50 yards of the ‘Umbrella’ singer.

If he is found to have violated the terms, he might lose the plea bargain – which saw him receive five years probation and 180 days of community labour rather than any jail time – and be charged with a misdemeanour.

It has been reported that Chris will only be found to have breached the order if Rihanna complains to police.

Earlier this week, it was claimed Rihanna and Chris had stayed at Manhattan’s Trump International Hotel and Tower.

A source said at the time: “The two spent the weekend at the same luxury Midtown hotel under a cloak of secrecy.

“They spent the next two days coming and going in separate chauffeured vehicles. The two appear to have taken great measures to avoid public exposure.” 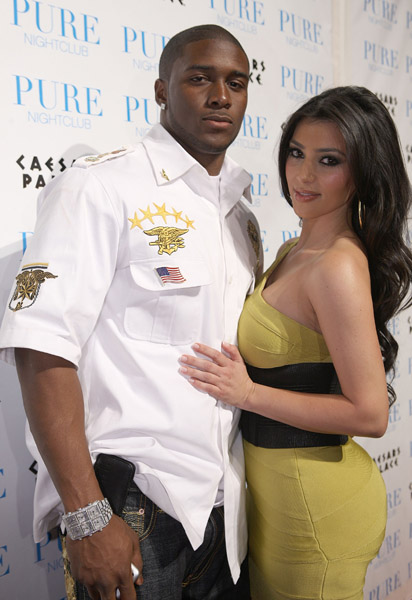 The pair, who recently returned from a charity trip to Africa with Kardashian‘s sister Khloe, just last May talked about “heading” toward marriage, but sources tell PEOPLE their relationship suffered from the time they spent apart – with yet another separation looming with the upcoming NFL season.

“They never get to see each other, ever,” the source says. “It’s been a long time coming. They still love each other and are part of their lives, but Reggie spends six months out of the year in New Orleans, so it’s tough.”

Kardashian, 28, the star of Keeping Up with the Kardashians, had been dating Bush, 24, since 2007. The couple were seen as the perfect Hollywood pair, stepping out on red carpets and posing for a GQ spread together.

“They were the cutest couple,” another source tells PEOPLE. “They loved each other so much but they hardly saw each other. He starts his football training camp this week and she starts filming Keeping up with the Kardashians this week. They just need a break right now.”

Rumor has it that Kanye West broke them up. According to, FOX 411 the rapper was sending racy texts about a night the two of them partied together:

“Reggie saw text messages on Kim‘s phone from Kanye West and flipped out on her,” the source tells FOX411. And these weren’t your average friendly messages. “The texts referenced a night they hung out, how much fun he had, how hot Kim was, and more racy things that got Reggie‘s imagination running,” says the source. When Reggie confronted Kim about it, the couple had a huge blow-up, and jealousy issues, which had been pretty much kept out of their relationship until this incident, surfaced, according to the insider. “They realized there were trust issues on both sides, and couldn’t go forward,” says the source.

Here’s some photos from their GQ shoot together.

“Do you think they should get back together?”