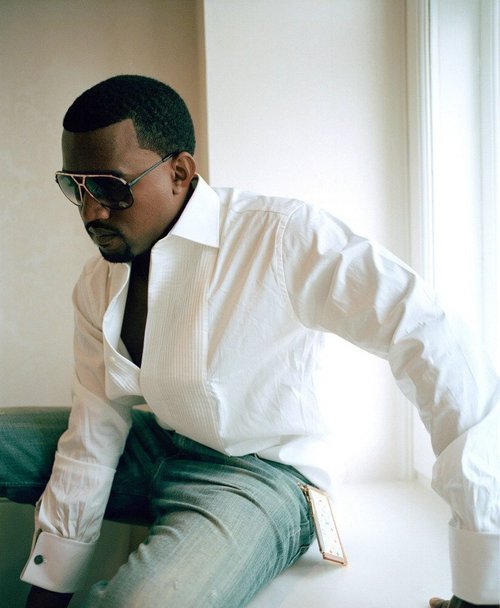 Kanye West announced the official album title on Tuesday morning (October 5) via his Twitter.  The name has been floating around for some time in various rumor reports and blog postings, but in the shorter iteration of ‘Dark Twisted Fantasy’.

“The first song on the album is called “Dark Fantasy” produced by the RZA, co-produced by me and No I.D.” West added. “I ain’t letting no leaks have any [effect] on my song choices… “All of the Lights” is the next single, but wait till y’all hear the final!”

On Monday, West also confirmed the album’s release date, November 22. The project will arrive a day before Nicki Minaj‘s debut, ‘Pink Friday,’ and a number of other albums getting a jumpstart on the holiday shopping season.

The first two singles from ‘My Beautiful Dark Twisted Fantasy’ have already been released, “Power” and “Runaway,” featuring Pusha T.

On Tuesday, West also assured fans of the G.O.O.D offerings that some of those songs would be included on the album too.

After showing ‘surreal’ film, West stuck around for two hours of Q&A, MTV UK reporter says. Kanye West invited a very select group of about 100 journalists and bloggers to the Wednesday-night London screening of his 35-minute art film for the song “Runaway.” Among them was MTV UK reporter Tom Thorogood, who got on the phone on Thursday morning (October 7) to talk about the typically over-the-top audience with the Louis Vuitton Don.

“It was a mad event,” Thorogood said of the screening, which included a rambling two-hour Q&A session during which West took any and all questions about the film and his upcoming albums. “Halfway through, an American guy from his label asked for one last question and just as the person asked it, Kanye said, ‘Why is this the last question?’ and said he was happy to talk as long as people wanted him to.”

Thorogood said there are perhaps only two dozen words spoken in the “ambitious … great looking” 35-minute art movie, whose narrative he described as “very loose and abstract.” If anything, he suspected it could be chopped up into five separate mind-bending music videos, though it only uses heavily altered snippets of West‘s music that are quite different from the versions of such songs as “Monster,” “Runaway” and the Bon Iver-sampling “Lost in the World” that fans have heard so far.

“It opens with shots of Kanye in a sports car and slow motion shots of deer and then you see a huge explosion and you see he’s crashed into the Phoenix,” said Thorogood of the other star of the film, model Selita Ebanks, who plays the Phoenix and who has been seen on ‘Ye’s arm at events lately. “He picks her up in his arms and walks away from the car which explodes behind him.” The title of the film then flashes on the screen and the first voice you hear is a snippet of Nicki Minaj‘s English-accented rhyme from “Monster.”

In another scene, Thorogood said you hear a brief bit of “Power,” which Kanye taps out on the same kind of MPC drum machine he played on both the VMAs and on “Saturday Night Live.” The three- to four-minute bit features Ebanks silently dancing around West as the song plays. “It was quite clear that [the movie is about] what he said about this before being about his story … a representation of his career,” Thorogood said.

And in a setup cued to the new song “Lights” that is likely to be the most iconic of the film, Thorogood said Kanye (a.k.a. “Griffin”) and the Phoenix watch as a marching band stomps across the screen carrying a giant, somewhat flimsy-looking papier-mâché model of Michael Jackson‘s head.

“With the passing of Michael Jackson, I feel a responsibility to bring things to our generation that can inspire and bring real culture to pop culture,” West told the audience in London about the film shot over four grueling days in Prague last month. “I want to use my power in a proper way.”

In another pivotal scene, West and the Phoenix arrive for a formal dinner at a huge table and are given weird looks by their fellow diners, one of whom asks, “Why didn’t you leave the monkey in the zoo?”

Thorogood said the film had French subtitles for the sparse dialogue, which were likely a holdover from Tuesday night’s screening in Paris, since West said the version he showed in London was still a rough cut. Among the other new songs featured in the movie is one called “Blame Game,” which contains a healthy sample of the melancholy piano groove in cult electronic musician Aphex Twin‘s 2001 song “Avril 14th,” as well as vocals from frequent ‘Ye collaborator John Legend, which the rapper said may or may not make the final cut of the album.

West introduced the film to his London audience by saying, ” ‘Purple Rain,’ [Pink Floyd’s] ‘The Wall,’ Michael Jackson’s ‘Thriller’ — I wanted to do a modern version of that.” He also said that about “90 percent” of the music featured in the film appears on his upcoming fifth album, My Beautiful Dark Twisted Fantasy, due out on November 22.

It was the court of the Crimson King (remember the red suit at the VMAs?) on Wednesday in London as Kanye West spoke to a select group of journalists and bloggers about his upcoming “Runaway” mini-movie and accompanying album, ‘My Beautiful Dark Twisted Fantasy,’ due out November 22.

In addition to screening the nearly wordless, trippy fantasia on the high prices of fame and individuality, ‘Ye also dropped some information on a number of the collaborators he’s got lined up for the album. According to our colleague Tom Thorogood of MTV UK, during a rambling two-hour Q&A session, West mentioned that he’s been in the studio with everyone from Alicia Keys to M.I.A., Kid Cudi, Mos Def and Santigold working on tracks for Fantasy.

He also confirmed that Bon Iver’s Justin Vernon is “all over” the album, a fact we already learned when a demo of “Lost in the World” recently leaked, which features re-recorded vocals from the BI track “Woods.” The pair reportedly recorded at least nine tracks together, and West has said Vernon is slated to appear on multiple songs.

Among the other new tracks featured in the movie is “Blame Game,” which contains a healthy sample of the melancholy piano groove in cult electronic musician Aphex Twin’s 2001 song “Avril 14th,” as well as vocals from frequent ‘Ye collaborator John Legend, which may or may not make the album’s final cut. Other collaborators who’ve dropped in on sessions include Wu-Tang mastermind RZA and hip-hop icon Pete Rock.

‘Ye also said he’s traveling back to France soon — he debuted the film there Tuesday — to finish work on his mini-album with Jay-Z, ‘Watch the Throne’.

And, in typically epic Kanye fashion, the Chicago MC said he’s planning a spectacular live show for the “Fantasy tour”, which he wants to wind up in front of the Egyptian pyramids. Unfortunately, he told the crowd, they’re not available until April.

Which Kanye collabo are you most excited about?

Listen to Kanye West ft. Drake – “All Of The Lights (Ghetto University)” below….