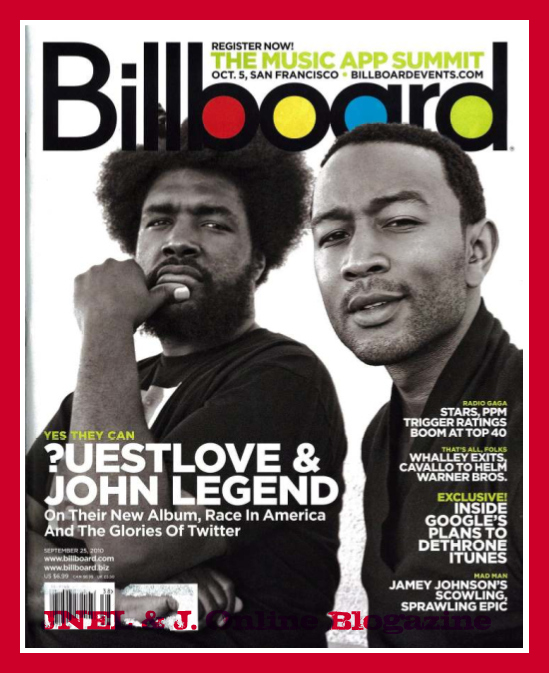 Billboard has done a cover story on the collaboration between John Legend and The Roots. The album is entitled ‘Wake Up!’ which drops on September 21st . The article mainly focus’ on how John Legend & ?uestlove decided to work together and give out a political message during a great time of need. This is the type of collaboration you dream of (another would be RZA and Nas which is also coming soon) and the timing is perfect considering how apathetic people right now. Even if you aren’t too political you will be rewarded with great music but if you listen carefully you’ll also get some messages on life that you may just need to hear. You can stream the entire album below so hopefully this holds us over until September 21st when we can actually pick up the album.

America seems to always be at war,” John Legend muses as he casually plinks the keys of his piano at Brooklyn’s Music Hall of Williamsburg. “While politicians go home safe to their families, we’ve got a government willing to sacrifice people’s lives every day.” 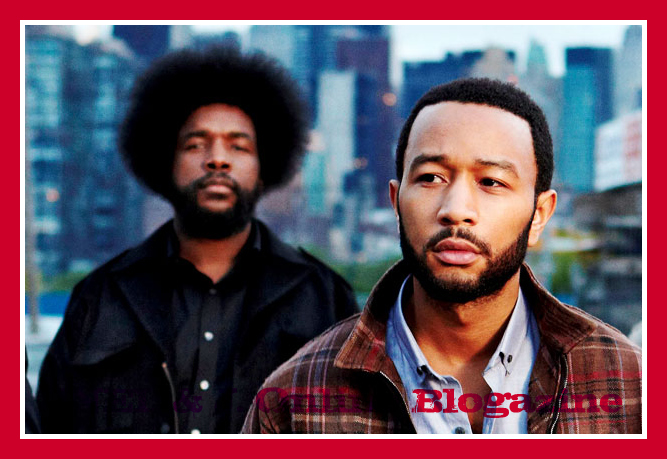 Legend: It is a different climate, but I think it makes the album even more relevant now. You would think now that we have a black president, everything’s all good, but there has been more racial tension than ever before. A lot of people feel like they’re losing grip of what America used to be. They long for a bygone era when America was whiter, when it was more Christian, when it was more this, more that — they long for a more traditional America. You see that conversation, that battle, being had in America right now, so it feels like these songs are super relevant, even more so than in 2008.

Thompson: Absolutely. There’s a song that deals with patriotism, which connects to what’s going on in New York with the mosque near ground zero. “Hang on in There” deals specifically with the definition of an American: “Do you consider me an African American like you consider yourself an American?” Every day, new subjects and ideas are being raised that make this album relevant.

Thompson: Every time I saw him, he ragged on me about my hair. The first words that came out of his mouth to me were, “Man, you haven’t cut that thing yet?” I’m almost certain that at the end of this project, a performance at the White House is in order. I’m putting that out there.

Legend: He’s a fan of hip-hop and R&B. He’s made that pretty clear in some of the conversations he’s had about his iPod, and he knew how to wipe the dirt off his shoulder, so clearly he’s pop culture aware. I think President Obama will dig this album.

Legend: I’m starting the next solo album now. Kanye and I are executive producers together. I also worked on Kanye’s album a little bit, on the “Power” remix and other stuff. But God only knows what Kanye is actually going to put on the album and what’s going to be on the other five-song album he’s putting out.

Thompson: We’re actually considering doing a children’s record next, with “Yo Gabba Gabba!” Kirk [Douglas], our guitarist, was a kindergarten teacher before he joined the group and he has at least 200 songs in his arsenal-great, noncondescending kid songs like the real smart stuff that came from “The Electric Company.” Kirk’s a genius about making kids songs.

Between that and “Wake Up!,” it seems like the Roots are consciously reaching out to a younger generation.

Thompson: When I was a kid listening to the stuff we cover on “Wake Up!,” I was 2 or 3 years old. My mom and dad and sister constantly fed me music, and that planted the seed. So I hope there’s a parent out there that takes to this record and plays it a lot for their kid, and that this becomes the soundtrack to some 3-year-old in 2010 who will be a 23-year-old in 2030 and say, “Man, I grew up on this record.”

Listen To A Full Stream of “Wake Up!”:
{“Wake Up!” John Legend and The Roots by billboard}