Usher‘s marriage to his former stylist Tameka Foster has hit a stumbling block. The R&B singer has filed a divorce from his wife of 2 years after living separately for one year.

The 30-year-old “Confessions” hitmaker filed the papers in Atlanta, Georgia on Friday. No details were given regarding the split.

They have two sons together: 18-month-old Usher Raymond V and 6-month-old Naviyd Ely Raymond. Foster, 38, also has two children from a previous marriage and another one from a teenage pregnancy.

In May 2008, he launched an impromptu attack against people against his marriage last year during a live telecast of MTV’s “TRL.”

He said during a segment of the show, “I love my wife very, very much. There was a little rumor earlier this week about us separating. It ain’t true. We in love. Get outta here.”

“Matter of fact, I’m tired of people continuing to talk so much trash about me, know what I’m saying? Any my relationship. My wife is not 40 years old. I love her to death and I’m a black, strong man in America standing up for my people – as a man to my wife, to my son, to my family.”

He interrupted host Damien Fahey again to refute reports that his wife had anything to do with his firing his mother.

Foster suffered a heart attack after undergoing liposuction in Brazil earlier this year, with rumors emerged that Usher did not even know his wife was having the procedure in the country.

The first hearing on their divorce is scheduled on July 15.

Take a look back at their relationship…[more photos below] 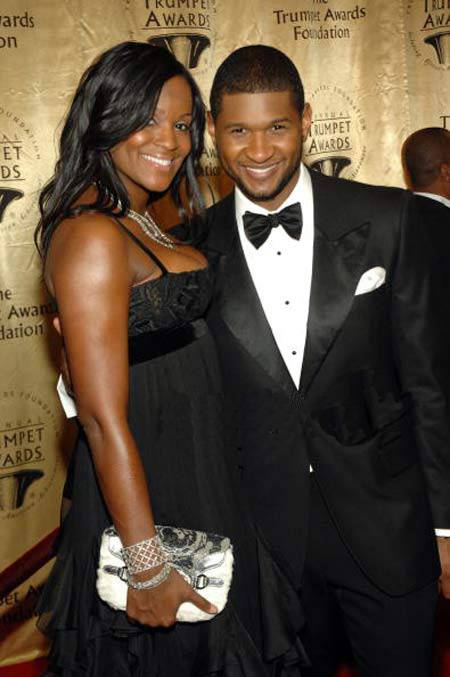