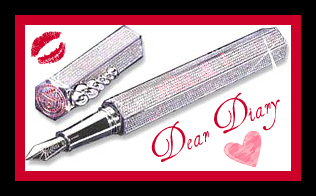 Bruno Mars is not the first artist to be caught with cocaine – or “booger sugar” as TMZ refers to it – and he damn sure won’t be the last. Buddy may not even be the last artist to get caught with it this year if Paris Hilton or Lindsay Lohan have any say. I just hope Bruno, and anybody else out there doing nose candy, somehow manage to keep their lives in tact to the point they’re not on E! True Hollywood Stories in five years. If that show still even comes on.

Regardless, this guy has been one of the freshest additions in the music industry in a good while and a personal favorite since I was put on towards the beginning of this year. I’ve yet to really speak on the song, but “Just The Way You Are” has one of those timeless feels to it. It’s a record not exclusive to any generation and one any age bracket can find the silver lining in. Truth is, pop records tend to have a long shelf life. It will probably still end up getting played at proms next spring and if you can convince your grandparents to give it a listen they may even crack a smile in approval. 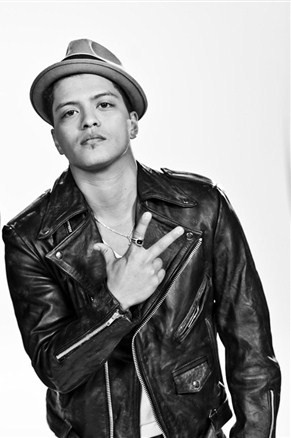 Nah, I’m not calling it a “classic” at the moment, but I wouldn’t be surprised if it’s played at weddings and in movies for years to come. Labeling the record a Valentine’s Day anthem isn’t too far fetched either. Mars just makes great crossover music. His album ‘Doo-Wops & Hooligans’ is set to be released on October 5 and I fully expect it to be one of the years’ best come December 31, 2010. And if it is, those coke charges…well, what coke charges?

Check out the video below from his song, “Just The Way You Are”….

The New York Daily News has exclusive pics of Rihanna coming out of seclusion and soaking up the sun in Mexico:

After multiple reports of Rihanna being in hiding, appearing recently for her 21st birthday in L.A. and possibly being pregnant at the time of an alleged assault by boyfriend and singer Chris Brown, the singer now has appeared under the Mexico sun all glazed and oiled wearing a bikini and looking quite beautiful in the Mexican town of Punta Mita.

Beaten-up beauty Rihanna donned a bikini and soaked up some Mexican sun a day after her 21st birthday. The shocking bruises that sources say boyfriend Chris Brown left on the songbird’s face just before the Grammy Awards were not visible in exclusive photographs obtained by the Daily News (see print edition for photos).

Nor was she smiling….

Though Rihanna looked lovely and, as if she just stepped out the pool due to her wet hair and glimmering body, the star had a somewhat sad and depressed look on her face. Her grim expression, so at odds with the balmy setting, hinted at the heartbreak the “Umbrella” singer has endured since her private agony became public knowledge.

Rihanna’s family was furious after a photograph of her battered face was leaked, and the singer was determined to get out of Los Angeles.

Shortly before she split last Thursday, Rihanna released a note to her fans telling them “she remains strong.”

Then, with a couple of close friends, Rihanna decamped for a private beachside villa in Punta Mita.

Meanwhile, reports are circulating that Chris Brown’s March 5th court date may be pushed up due to lack of evidence by investigators and, in other news, the singer has been losing endorsement deals and his songs have been losing rotation on radio stations due to the photo of Rihanna that was leaked by TMZ.

Brown, a 19-year-old R&B singer, was arrested on suspicion of making criminal threats against Rihanna after the Feb. 8 attack. He has since enrolled in anger management classes.

More photos of the singer will reportedly be shown on The Insider tonight who also has exclusive footage of the singer in Mexico as well. Here are some of the photos below.

The Los Angeles Police Department is still trying to plug its leak.

The internal investigation launched last week into who provided TMZ.com with a photo of Rihanna that was taken after she was allegedly assaulted by Chris Brown is still underway, E! News confirmed Tuesday.

“They said they were looking into it vigorously,” LAPD spokesman Lt. John Romero said, referring to a statement made by an Internal Affairs commander at a meeting earlier in the day.

Romero was unwilling to divulge further details about investigative procedure.

“We are not talking about the protocols because it will relate to this investigation,” he said.

Per protocol, the LAPD has not formally identified Rihanna as the victim of what transpired between her and Brown on the morning of Feb. 8. In announcing the investigation into the leak, authorities would only say that the photo appeared to have been taken “during an official domestic violence investigation.”

“A violation of this type is considered serious misconduct, with penalties up to and including termination,” police said.

According to The Media Buffet, the photo of a beaten and bruised Rihanna after the alleged Chris Brown attack, cost about $62,500. So, TMZ just paid the law enforcement officer double his usual salary. Right now, the LAPD are investigating the leak of the photo, because it is a total invasion of privacy to the domestic violence victim.

As if it weren’t bad enough that Rihanna’s privacy was just invaded by a bunch of uncaring, selfish people, it’s not as bad as this. Apparently, Chris Brown could walk free.

An LAPD source says, “Brown, even if guilty, could walk free because of the unauthorized release of this photo.”

Christian Siriano — the fashion designer who won “Project Runway” — apparently subscribes to the OJ Simpson school of domestic violence, because he thinks Rihanna must have done something to provoke it. He also talks about Chris Brown and Rihanna’s “incident”, and that it was just a matter of time for Chris to do something like that.

Watch the video below.